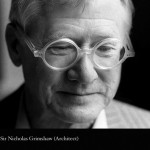 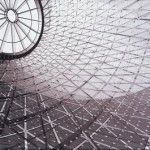 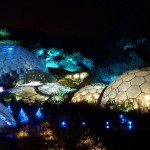 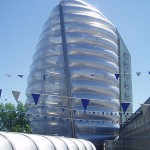 This is an interview that I did with the architect Sir Nicholas Grimshaw last year, which was published in Noblesse magazine’s London supplement. Grimshaw is one of the leading British architects, having designed the Eden Project in Cornwall and the National Space Centre in Leicester.

ZG: As an renowned London-based architect, how would you describe the architectural landscape of London?

NG: The most interesting thing about the London scene is that it does not change. There is a huge feeling of constancy in term of the big areas like South Kensington. They are like conservation areas with their low townhouses and tree lined streets.The areas where London is allowed to spread its wings are The City, Canary Wharf and the new Olympic sites, but these areas are quite controlled and confined areas and do not effect the rest of London at all. When people say they love London, they love the street-scape, the trees, the squares and the general balance of the city.

ZG: In terms of architecture, what makes London unique in comparison to other cities around the world?

NG: I suspect that London has one of the most restrictive planning regulations in the world. The areas where you are allowed to build sky scrappers or tall office buildings are extremely restrictive. Even when you do, the quality has to be very high as the various planning offices in London are happy to reject a building just because they do not like the design.

ZG: Which buildings in London do you find most interesting and why?

NG: I would have to say that the Lloyd’s Building and the Leadenhall Building, both by Richard Rogers. On a smaller scale we did a nice office complex ourselves called the The St Botolph Building where we introduced the idea of people working in villages rather than floor by floor. It was a ground-scrapper as opposed to the sky-scrapper and worked well in The City as they like to keep the buildings relatively low.

ZG: For the Olympic Games, quite a few new buildings and stadiums have appeared. Which ones you like most and why?

NG: There are two outstanding Olympic buildings. One is the Velodrome by Michael Hopkins, which simple and sustainable. The other is the London Aquatics Centre by Zaha Hadid, which is a pretty spectacular shape.

ZG: Which park/outside space would you recommend to visitors to London and why?

NG: Hyde Park combined with St James’s Park, and Regents Park. These are not just little green squares that you walk around, they are big tracks of countryside. You should go to the top of Primrose Hill and look at the fantastic view of London. Another less visited park is Richmond Park, which has a rural feel and great views of the city.