The Buzz for British Brands 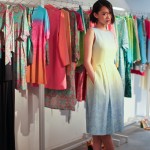 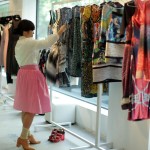 Written by Zoey Goto and originally published in the January 2013 issue of Vantage magazine:

2013 is the year that the British fashion industry hopes to make its mark in China. A crop of big name designers will be testing the water with their first flagship stores in China, while brands that have already established a presence will be looking to expand with new stores and concessions. The recent decline in designer purchases has sent shock waves through the luxury sector. However, the long-term forecast is more optimistic, with predictions that by 2017 China will be the second largest luxury market, after America. In light of this, British fashion brands such as Burberry, Vivienne Westwood, Gieves & Hawkes and Mulberry are continuing to expand in major cities throughout China, keen to showcase a comprehensive message about their brand to the consumer. If the labels can get it right, it results not only in sales in their Chinese stores, but also from Chinese visitors in Europe. Burberry recently reported that a staggering 30% of their London customers are from Asia.

Having withdrawn from the Chinese market five years ago, the British designer Paul Smith is set to make a comeback for 2013. His store in Tianjin opened towards the end of 2012 and will be followed by the Beijing store opening in the Spring of 2013, then a 5,000 square foot flagship store in Shanghai in the Fall of 2013. This is part of a wider attempt to reintroduce the brand in China, with the long-term strategy to open over twenty stores over the next five years. Vivienne Westwood, who already has two outlets in Shanghai, is also aiming to open twenty stores throughout China. The British Fashion Council, responsible for promoting British fashion designers internationally, recently set up a showroom in Hong Kong to showcase rising stars such as Nicholas Kirkwood, Peter Pilotto and Jonathan Saunders.

British heritage brands are also receiving great interest within the Chinese luxury market. Mulberry, famed for their crafted leather handbags, will continue to expand in China this coming year. The company, which started in rural Somerset in 1971, has gained popularity both in the UK and internationally by presenting a quintessentially British style that is inspired by the country pursuits of fishing, hunting and shooting. Mulberry initially ventured into China two years ago with a store in Beijing. The brand was recently introduced into a large department store in Shanghai and 2013 will see three new stores pop up in Shanghai and Beijing. Mulberry’s Chief Executive, Bruno Guillon, says that the best sellers in China at the moment are the iconic products such as the Bayswater, Alexa and Del Rey bags. So why does he think Chinese customers have connected with Mulberry as a brand? ‘Our Chinese customers want to invest in a piece of luxury that they feel confident about. Mulberry has a strong sense of its British heritage and history of craftsmanship and our customers appreciate this – our dedication to the craft behind handbag-making and the fact that we still produce many of our bags in the UK.’

He has hit on a key theme that is being echoed elsewhere in the luxury market – heritage and authenticity. Consumers are more willing to invest in established brands that have an engaging story to tell. There is a genuine interest in British brands with a rich history, from Burberry’s classic trench coat, to Savile Row tailors who have traditionally dressed the British aristocracy. One such brand is the gentlemen’s tailors Gieves & Hawkes, whose previous clients have included Sir Winston Churchill. From their workshop in Savile Row, an address that is associated with quintessentially British tailoring, they have expanded throughout Asia to now have 108 stores and concessions in China. The company has successfully carved out a niche in the market by offering a traditional tailoring service in a modern environment, selling suits, blazers and dress shirts to the Chinese gentlemen. Gieves & Hawkes make regional adaptations in respect to Chinese taste, consumer behavior and styles. As the company says, it is striving to create ‘the balance between upholding the British authenticity and allowing regional adaptations.’ Gieves & Hawkes were recently brought by the Hong Kong group Trinity, who also own the gentlemen’s outfitters Kent and Curwen. In 2011, the British label Aquascutum, famed for its raincoats, entered administration and was brought up by a Chinese trading company for £15 million. China is not only buying the products from these luxury brands, but also increasingly buying the brands themselves.

However, European brands are becoming increasingly aware that their luxury goods will not sell themselves in China. The brands that will forge ahead in the current climate need to actively engage the customer and attempt to understand the cultural landscape. There is a higher interest in fashion brands that use a sophisticated and symbolic language, rather than those that rely on logos to do the talking. Fashion houses that have traditionally relied on Western cultural associations will now need to put the effort in to communicating their brand story to the Chinese audience. European brands that have recognised this and are wooing the Chinese public include the Parisian fashion house Lanvin, who sent its creative director Alber Elbaz to China last May to host a star-studded event entitled ‘Lanvin Loves Beijing’. Gucci has chosen the actress Li Bingbing to model for their Asia campaign, and the French fashion house Dior are temping the big spenders into their Chinese stores with glamorous VIP rooms for shoppers. Burberry have also been utilising the social media sites such as Kaixin to attract a younger crowd of fans and the luxury men’s wear label Dunhill created limited edition cufflinks to celebrate 2012 as the year of the Dragon. As China’s retail scene evolves, the short-term challenge for these British brands will be how to engage the Chinese market and establish a loyal fan base. Once that is achieved, it will be interesting to see how they tackle the long-term challenge of ensuring availability, whilst maintaining that all important exclusivity.