Zoey Goto is a journalist and author covering travel (specialising in America’s Southern States), fashion, lifestyle, music and mid-century pop culture. She has contributed to the cover feature for National Geographic Traveller on the Deep South of America and written the cover story for GQ Germany.

Her writing also appears in GQ Style, Esquire, Elle, Fodor’s, Foodism, Escapism, Lonely Planet, the i Paper, Telegraph, Times, Mail on Sunday, New Zealand Herald, the Independent and the BBC. She is also a member of the British Guild of Travel Writers.

Zoey has spent over a decade working in journalism, which has seen her interviewing the actor Benedict Cumberbatch on the set of Sherlock, discussing 50 Shades of Grey with its author E.L. James, and chairing a discussion at the London Art Fair.

Prior to switching to journalism, Zoey spent many years working in fashion and travel PR for clients including Morgans Hotel Group and Prada, which gave her a solid understanding of the media industry.

Zoey’s first book, Elvis Style: From Zoot Suits to Jumpsuits was published in July 2016 by Libri. She has had book signings at Waterstones in London and at the Lansky Bros store in Memphis (Elvis’ favourite tailoring house) and has been interviewed by various media including The Wall Street Journal, The Guardian and BBC Radio. For further information please see: http://www.elvisstylebook.com/

Her second book entitled Vintage Style: Inside the Dapper World of Retro Enthusiasts was published in the spring of 2020, with a foreword by Wayne Hemingway OBE: https://www.amazon.co.uk/Vintage-Style-Inside-Dapper-Enthusiasts/dp/1912969106

Zoey is currently writing her third book – this time on the legendary Dolly Parton and has a documentary about fashion and music in development. 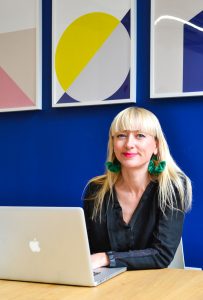